We analyzed Tesla Motors 4 years ago and found their financial health to by uninspiring in some cases and downright dangerous in others. Up until 2012, they were living off their balance sheet, ignoring abysmal returns on their assets, and destroying wealth. Did they learn their lesson and turn the ship around? 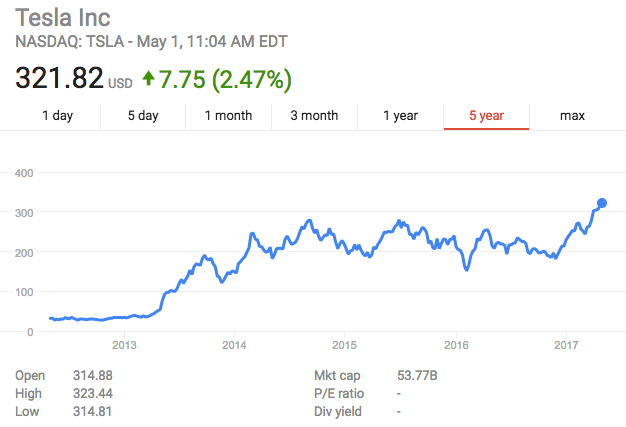 Over the last four years ending 2016, this firm grew revenues at an astounding average of 103% per year. Cold water is thrown on this feat when looking over the same time period and seeing operating expenses (excluding depreciation) skyrocketing at 199% per year on average. How can this end well? 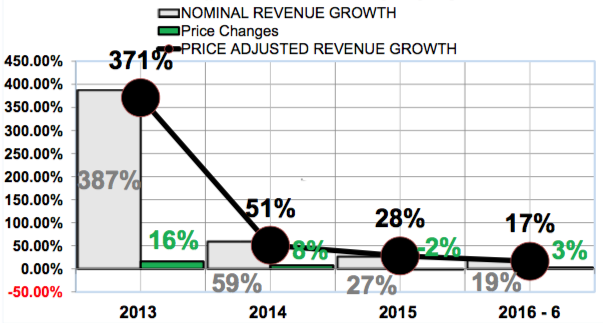 The entire amount of annual revenue growth is totally unsustainable. What does that mean? The business cannot operate on its own without substantial and consistent outside debt and equity financing, even though these additional investments will see no economic annual returns for the foreseeable future. 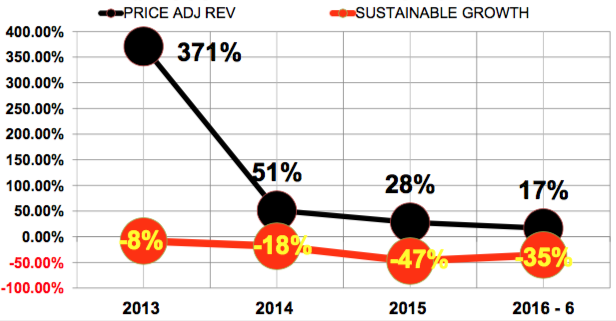 Tesla raised its markup on products after being much too low in 2012 and prior. Since then, they have raised markup to 1.57 times costs of goods sold to revenues from 1.17 in 2012. What could be bad about this progress? Well, the pricing is now almost 25% higher than traditional competitor car manufacturers, which means they are now prone to price competition. And what happens when their aging car styles need overhauling? 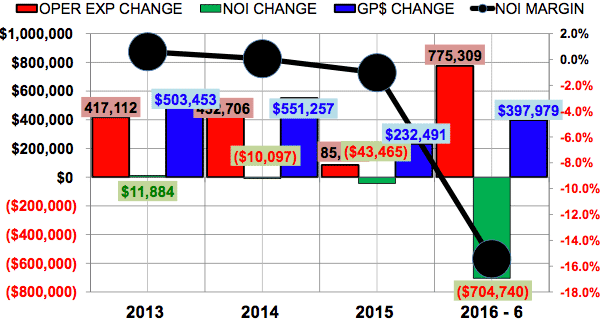 Like I mentioned above, there is little to no control over their operating expenses. 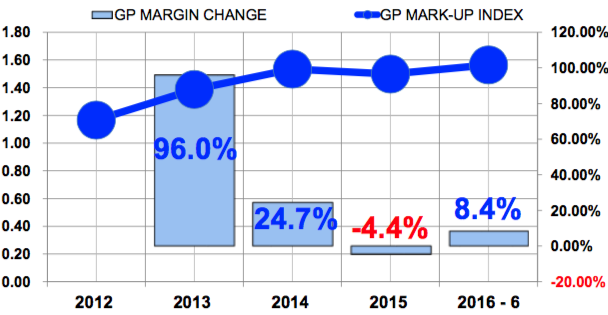 And if those other assets should not be counted in cash flow then what are they worth? This number is currently at $10 billion compared to annual revenues in 2016 at $7 billion. 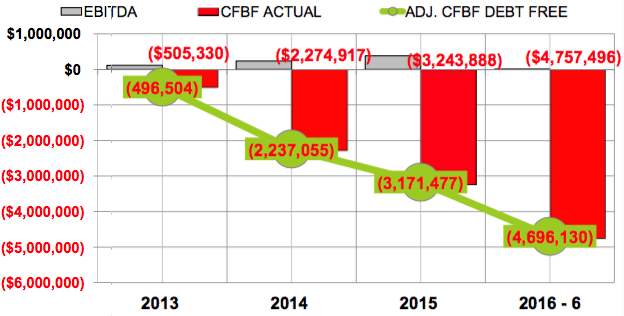 This chart should scare investors out of their minds. As incremental additional revenues increase rapidly due to the extreme need to increase revenues at all costs, the already incredible negative cash flows disintegrate at a hypersonic rate. 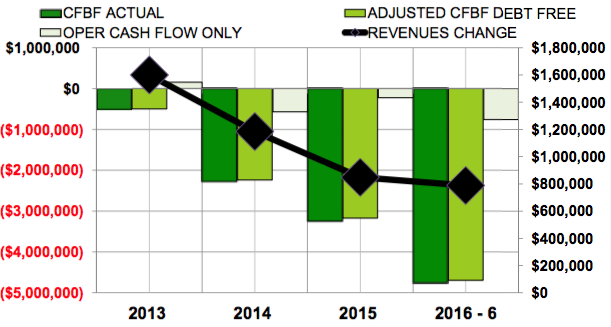 It appears that Tesla has enough cash resources even with all the increasing negative cash flows year by year. But let’s keep something in mind: over the last 4 years the company has brought in additional debt and equity of $20.5 billion. Most of that is not equity; 80% of the amount is additional debt. This is over the same period where the company had total revenues of only $16.3 billion. Is anyone hearing this? 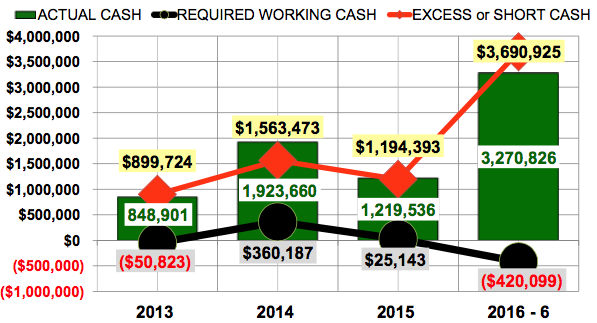 All forms of rates of returns on assets are totally and notably negative for each of the last five years. Who would have thought different given the prior comments? 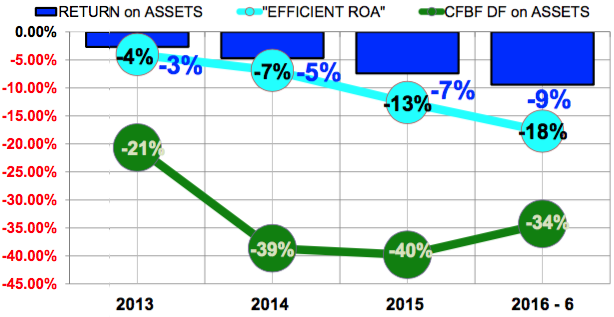 More on return on assets (ROA) »

All that additional investment coming into the company just barely covers its annual working capital needs, which says nothing about the increasing significant needed investments in gross fixed assets. 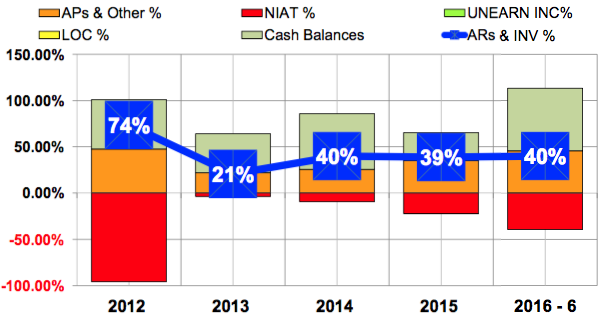 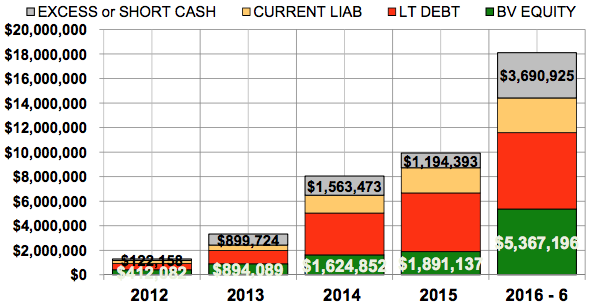 More on use of debt financing »

The net trade cycle for the company is a weighted average of 111 days. This means that the company needs around $20 million per day – or $2.2 billion – tied up in working capital all the time. This amount increases with increases in annual revenues if the company makes no significant changes.

Tesla’s adjusted weighted cost of capital is around 12% annually. It underperforms this cost by a weighted average of negative 4.2%. The cash flow return on assets is a weighted average of negative 42%. And it gets worse than even that. Total assets are three times the amount of annual sales. The company has already dropped off the cliff and is accelerating towards the canyon floor! 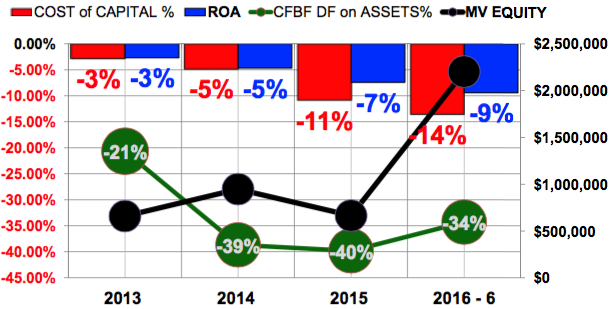 More on cost of capital »